We’re excited to be celebrating the N01 Chair’s release. Fritz Hansen plan to launch Nendo’s N01 chair at the Milan furniture fair this year. To pay homage to its imminent release we’re counting down our top ten all-wood chairs. 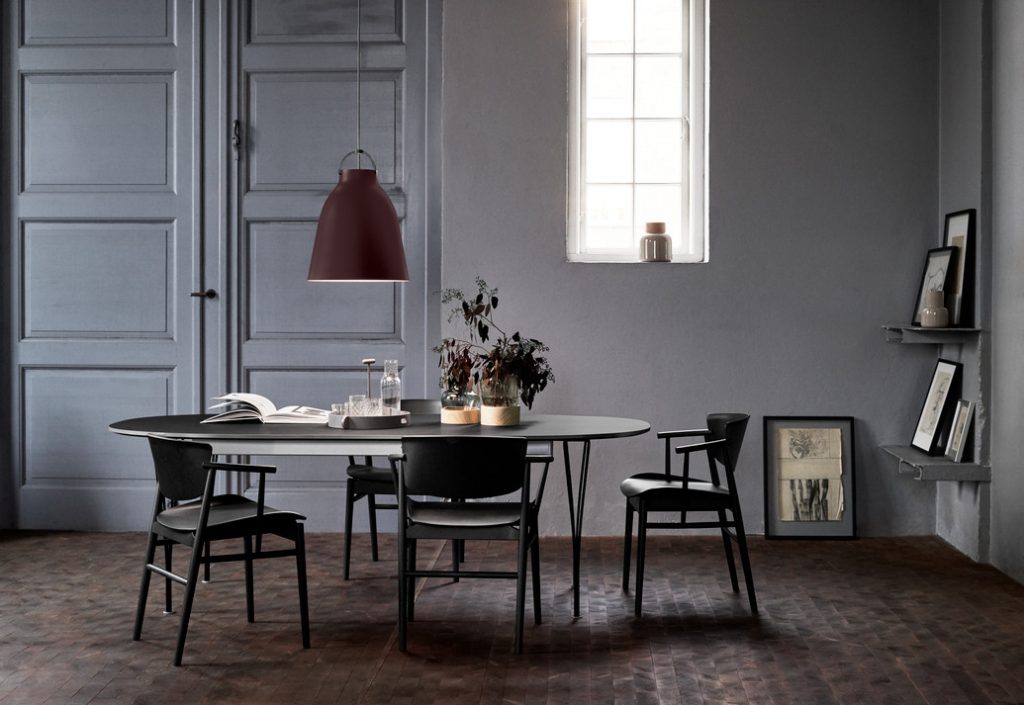 Japanese design studio, Nendo has collaborated with Fritz Hansen this year. Together they have created the Danish brand’s first all wood chair since 1957’s Grand Prix. Whilst reminiscent of the designer, Arne Jacobsen’s Grand Prix chair – a chair praised in many architectural and design circles as one of the most iconic Scandinavian modern designs of the mid-century – it’s more akin to those earlier Scandinavian designs created by legends such as Hans Wegner and Borge Mogensen. The eagerly anticipated N01 chair is set to launch at this years Milan Design Week.

The impressive structure is like that of Jacobsen’s other wooden shell chairs. For example, the famed Series 7 chair. ‘Series 7’ referring to its construction. Seven pieces of veneer to create a durable yet curvaceous, laminated shell. Nendo’s N01 also uses this method, but with nine layers. The shell-like back and seat affix to solid wood legs, supports and armrests. Like ancient Japanese engineering, the chair’s joints are cleverly concealed. The whole chair in fact only uses twenty-three wooden components. 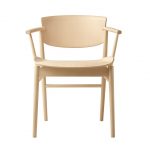 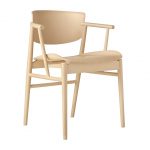 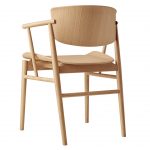 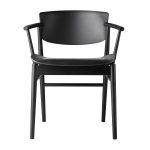 “Normally the joints between a frame and a shell are thicker to increase its strength, sometimes resulting in a heavy appearance. To provide a lighter appearance, these joints were carefully designed to look as though they are barely touching.”

Needless to say, Nendo has us inspired. We find ourselves asking… what makes a perfect wooden chair? There are so many things to consider after all… Shape, size, workmanship, price, prestige, the list is endless! For Scandinavian designers, a chair has always been so much more than somewhere to sit. Many of the mid-century modern pieces have become world famous. They have inspired decades of design to follow. So, join us in taking a look back over these Scandinavian chairs. Mid-century masterpieces from some of the biggest designers and brands in the industry.

So, without further ado, here are our top ten all wood chairs…

10. The 2D Chair by Komplot Design for Gubi 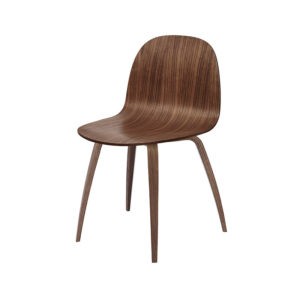 – Recognised for its innovative and sustainable approach to furniture design

9. The Hven Chair by Anton Bjorsing for Skagerak 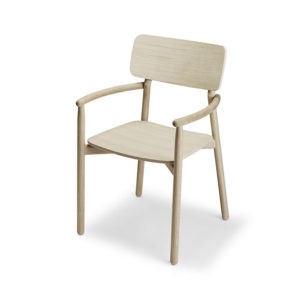 – Subtle detailing such as overlapping struts

’Hven’ refers to a small historical island between Sweden and Denmark

8. The Piano Chair by Vilhelm Wohlert for Stellar Works 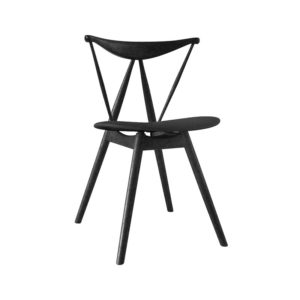 7. The Soborg Chair by Borge Mogensen for Fredericia 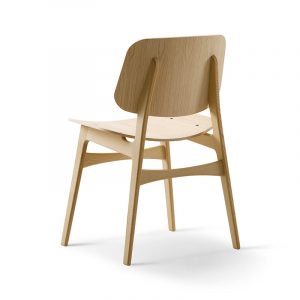 – Curved back and seat

“My goal is to create things that will serve man and give him the lead role. Instead of, by the force of the devil adapt to the things.”

6. The Wick Chair by Karl Malmvall and Jesper Stall for Design House Stockholm 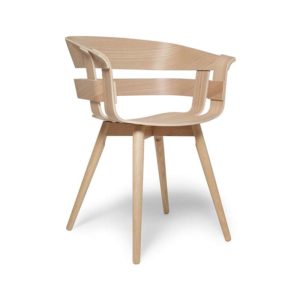 – Hangs on the edge of a table

“Design is only radical when it breaks with the norm for what a furniture typology should look like. Wick Chair is not”, in the words of Design House Stockholm founder Anders Färdig, “a ‘plastic tub.’”

5. The Grand Prix Chair by Arne Jacobsen for Fritz Hansen 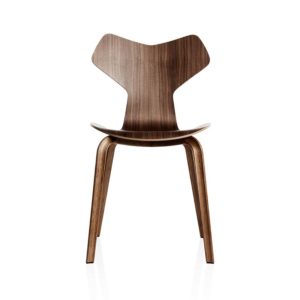 – Produced under license by Fritz Hansen

4. The J39 Chair by Borge Mogensen for Fredericia 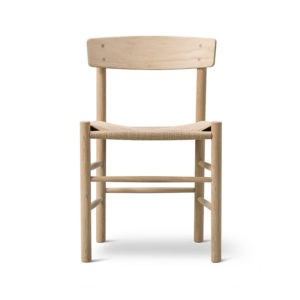 Nicknamed “The Peoples Chair” due to its popularity

3. The CH24 Chair by Hans Wegner for Carl Hansen 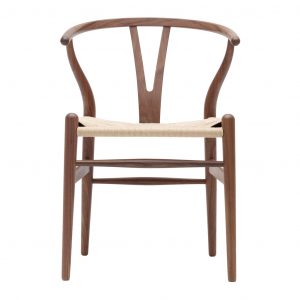 – Beautiful from all angles

“A chair should have no backside. It should be beautiful from all angles” Hans Wegner 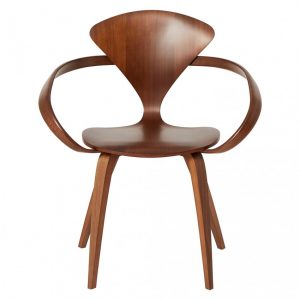 After listening to countless requests from fellow Architects to see his father’s designs reissued, Benjamin decided to join with his brother Thomas to form the Cherner Chair Company in 1999

1. The LCW Chair by Ray & Charles Eames for Vitra 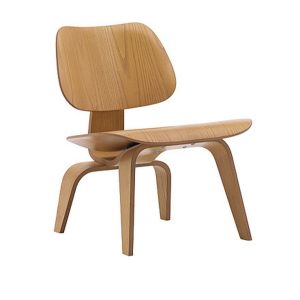 – Ergonomically designed to mould to the contours of the body

– Truly beautiful from all angles

Charles and Ray Eames spent many years experimenting with new techniques for producing three-dimensionally moulded plywood seat shells that conformed to the contours of the human body. They achieved this with the chairs in the Plywood Group, which have matured into classics with an appearance that still looks contemporary today. For the Plywood Group, they also combined the seats and backs with different bases. Thanks to the organic shape of the plywood shells and the slightly flexible… 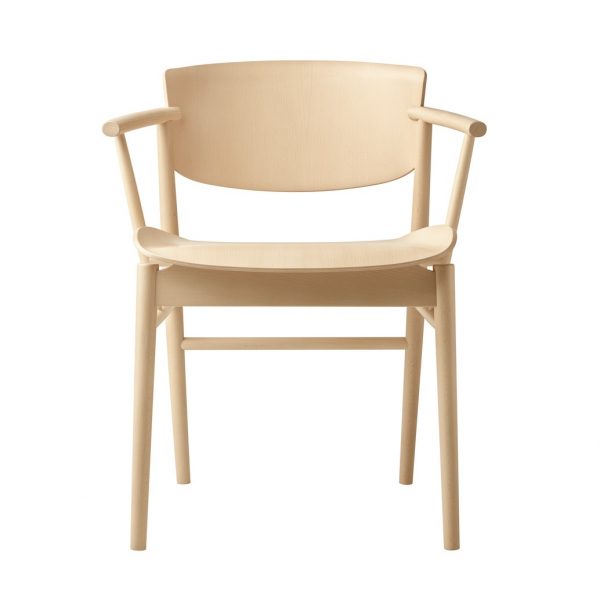