Scandinavian Modern | Who? What? Where? When? 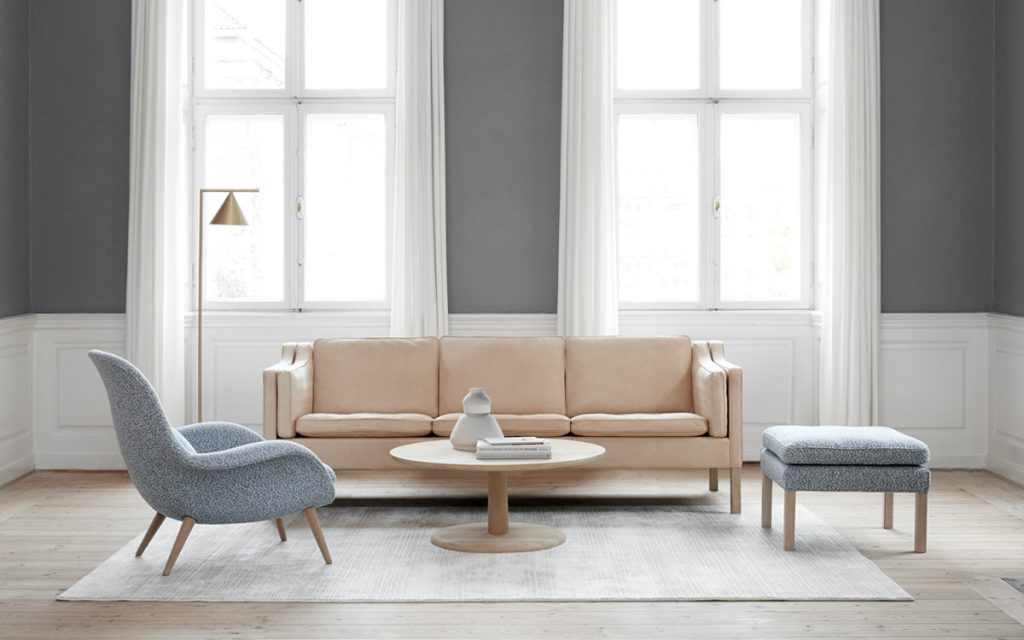 Always Ahead of it’s Time

Scandinavian Modern designs hit the shelves after the Second World War was over. Designers from Denmark, Sweden, Finland and Norway paved the way for a wide range of home products. Everything from furniture to textiles, ceramics to glassware, upholstery to cushions. Deep breathe… Tables, chairs, sofas, beds… You name it, they designed it. Almost the whole decade of 1950 and then 1960 revelled in this wondrous design period. For almost 20 years the western world drowned itself in all things Scandinavian.

Cranbrook Academy of Arts, where it all began. A Finnish architect named Eliel Saarinen emigrated to the United States in 1923. Saarinen went on to become the first director of Cranbrook in 1932. During World War One and Two Cranbrook Academy of art grew in size under Saarinen’s watch (Saarinen was not a young man at the time, upon Immigration to the United States he was 50 years old!).

As the school grew in size as did its thirst for all things Scandinavian. Cranbrook collaborated with many Scandinavian artists designers and sculptors. The work produced there became extremely progressive for the time. This incubator if you like, had a direct influence on Saarinen’s son Eero. The significance of this, of course, being that Eero’s fellow classmates. They were none other than Ray and Charles Eames, Florence Knoll, and Harry Bertoia. Those that would go on to change the face of western product design forever.

No one knows why Scandinavian Modern became as popular as it did. America and western culture fell head over heels for the post-war movement.

The son of Edgar Kaufmann, Edgar Kaufmann Jr., was a key influence on the movement’s awareness and success. His interest in design stemmed from his father. Kaufmann Sr. commissioned Frank Lloyd Wright to design Fallingwater. One of the most famous buildings of 20th century American architecture. Its style, characterised by the cantilevered concrete, is so different to that of Scandinavian Modern’s. Though not so ironic that the decor in Fallingwater featured a wide range of Danish designs. Rumour has it that Kauffmann Jr. was the genius behind Wright designing Fallingwater. Kauffman Jr. was an avid fan, he persuaded his father to commission Wright in the first instance.

Despite the movement’s success, it had its critics. New York did not take to the foreign design invasion likely. Kaufmann’s choice of furniture caused controversy. Fallingwater had leaders of the fashion and design industry at the time in an uproar. Though, it wasn’t long until the market changed once they had seen what was on offer. The trend took hold, growing fast through the rest of the country and culture.

Always Ahead of it’s Time

Though at the time Modernist design seemed new and exciting. The movement had enjoyed a small following in its own market niche before. Sadly, for the majority Modernist design was far too uncompromising and expensive. Hence the reason for its past unpopularity.

Scandinavian Modern tried hard to be different, lessons learned from its forefather’s mistakes. This new wave of products offered affordability. Stylish decor was available to the masses for the first time. These designs were the key to a new lifestyle, they reflected the optimism of the time. They enriched the feeling of future, of evolving/progress. Not to mention the intelligent technology weaved into these designs. The furniture was easy and comfortable to enjoy at home. And not forgetting there was a huge wave of baby boomers right around the corner. All looking for a home decoration that was a complete contrast to what once was. Each of them desperate to make their mark.

Along with new technology, new choice materials surfaced to the forefront of design. People could now enjoy teak and oak in ways that were never thought possible. Breaking the mould; designers like Hans Wegner and Charles Eames began to steam bend wood. Not only this but lamination and injection moulding arrived on the scene. Wegner, was often referred to as the king of chairs. Critics praised him for the beauty and quality of his handcrafted designs. During the period of 1950 to 1960, it was not uncommon to see Wegner’s or Eames’s designs on every television set in America.

The Series 7 chair, the Ant chair, Swan, Egg, Grand Prix and Drop chair, truly made there mark on this era. Another influential giant, Arne Jacobsen designed each for the SAS Royal Hotel. Eames, Wegner and Jacobsen continued to use moulded plywood with great success. They went on to influence the very least the next 50 years old, arguably the next 70 years of furniture design.

Finn Juhl, Hans Wegner and Arne Jacobsen were, by any standard, the most influential designers of the early 1950s. This is where Scandinavian Modern made its mark. These Danish designers were responsible for the greatest chapters in design history. All three designers were commonly associated with the very finest craftsmanship, the most cutting-edge technology, highest quality materials and the most beautiful designer furniture money could buy. Juhl was notably praised for his precision jointing skills and carving of timber. Wegner for his elegant carved forms and Jacobsen for his simple and daring designs.

Word spread across the pond of this interior decor revolution. Consumers in the British and European markets soon caught on.

At the time designers such as Robin Day had shaped the Festival of Britain already. In 1951 the country gathered to celebrate the future of our resilient culture. Designs like the Windsor chair by British manufacturer Ercol began to appear. Ercol did not reflect the same elegance seen in the original Danish designs. By contrast, it reflected such an aggressive change. Though it did follow the ethos of putting a contemporary spin on traditional designs. Intriguing that, the Butterfly chair bears a resemblance to Jacobsen’s Ant chair.

Thirteen years following the Festival of Britain, Habitat hit the high street. Its founder, Terence Conran aimed to give British interior design a face-lift. Conran was also inspired by Scandinavian Modern and its manufacturing techniques. When walking past a Habitat window one would marvel at all the wood. Oak, teak, beech in all the wonderful, elegant forms associated with Scandinavian Modern. This was unintentional of course. Conran took the majority of his inspiration from the French market of the time. He often refers to this being responsible for the businesses strong, early direction. One of the best selling products for Habitat being the simple spaghetti jar. The jar is even said to have lead to the company’s initial success. 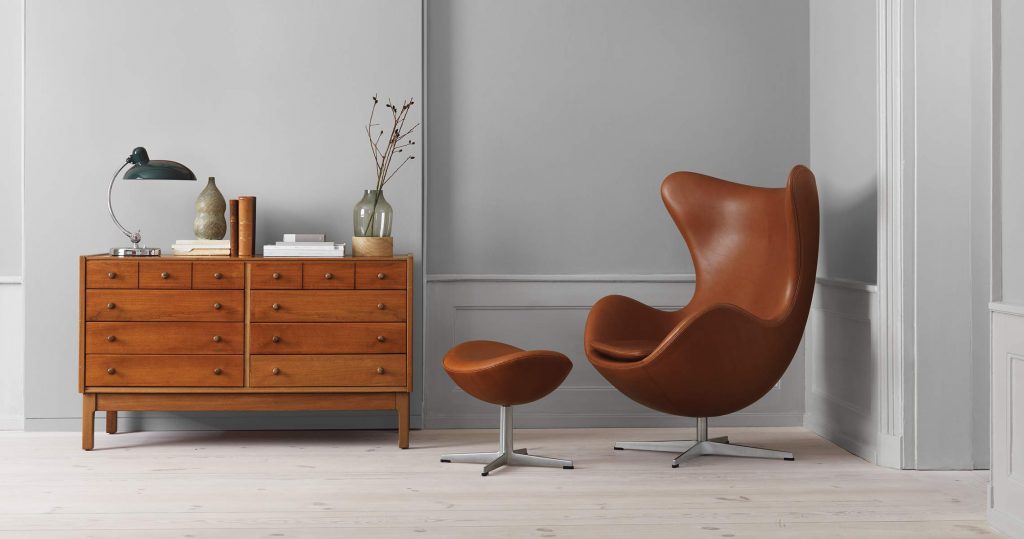 The period that followed after the 60s did very little for Scandinavian Modern. The world documented it in the history books and moved on. No particular surge of brilliance followed after Eames, Jacobsen, Wegner, Knoll and Saarinen. During the early 90s interests spiked with the influence of minimalism in interiors. The desire for a classic Modern design once again became popular. At the forefront of this Swedish retailer IKEA. They promoted a simple, minimal, contemporary and affordable interior design.

It is interesting, that though Scandinavian Modern pieces were not so popular during almost a 40 year period that many of these classic Scandinavian designs have never ceased manufacture. What a fantastic testament to the timeless designs produced by the godfathers of Scandinavian Modern… 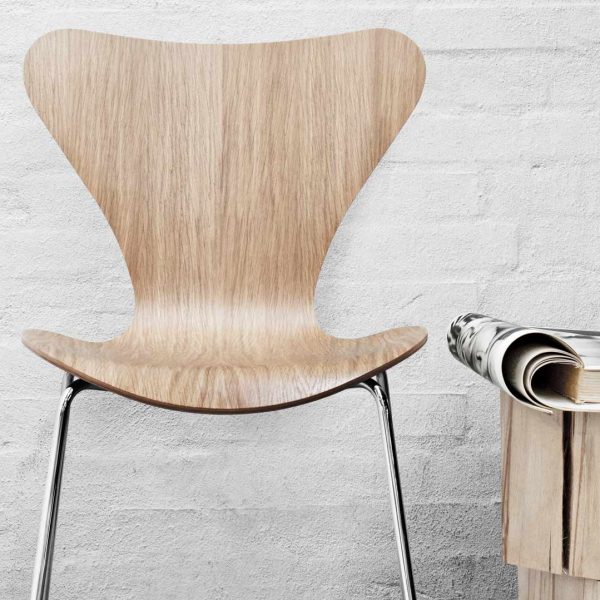