Meet the Designer Thierry Dreyfus with Olson and Baker

“Light doesn’t have words. It does not speak intellectually. It’s pure emotion” – Thierry Dreyfus.
Working with one of the most elusive and often underappreciated elements – light – Thierry Dreyfus has explored many of its intangible facets: illuminating the Grand Palais for its reopening in 2005 (a commission of the French Ministry of Culture), he bedazzled over 500 000 visitors, then, through a series of vertical light beams, he elevated the Gardens of Versailles. Recently, he plunged Notre Dame de Paris into darkness only to poetically enlighten it from within during the 2010 Nuit Blanche (a commission by the City of Paris). All in all, over the past 30 years, Thierry Dreyfus has come to sculpt, draw and project light onto prints, objects, scenographies and historical monuments in endless creative ways.
Exhibitions in New York’s Invisible Dog centre, gallery shows in London, Paris and Singapore, Thierry Dreyfus imagines artistic projects and installations that reveal the true nature of light, an inspiring material one cannot grasp.
Sculptural light installations and objects presented at Design Miami /Basel in June 2009 and 2010 have also given way to developing a groundbreaking Wall Rupture light system for Flos. They have also pushed Thierry Dreyfus to working in collaboration with hoteliers and architects: Belgrade’s landmark Metropol Hotel, Peter Marino’s vision for the renovation of La Samaritaine, interiors concepts for branded boutiques, a lighting scheme for an urban symbol in Istanbul or collaborating with David Lynch on his Parisian Club Silencio are all projects that trigger Thierry Dreyfus’ interest. And push the boundaries of designing with light.
Art director, photographer and artist since 1985, when he started experimenting with light inside theatres and operas, Thierry Dreyfus has also created some of the fashion industry’s most unique and memorable sets in Paris, Milan London and New York, including long-term collaborations with Helmut Lang, Dior Homme, Calvin Klein, Comme des Garçons or Jil Sander… 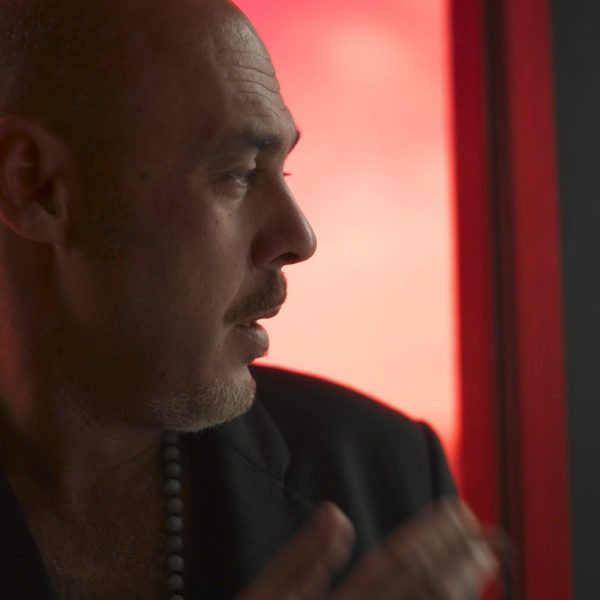