Meet the Designer Ronan and Erwan Bouroullec with Olson and Baker

Ronan Bouroullec (born in 1971) and Erwan Bouroullec (born in 1976) have been working together for about ten years now. Their collaboration is a permanent dialogue, nourished by their distinct personalities and a shared notion of diligence, with the intention to achieve greater balance and refinement.
In 1997, they presented their Disintegrated Kitchen at the Salon du Meuble in Paris, where it was spotted by Giulio Cappellini, who gave them their first industrial design commissions. The Bouroullecs have been working with Magis since 2004, designing two complete furniture collections – Striped and Steelwood – as well as additional projects such as Pila chair, Pilo table, Central and Tambour tables, and this year the new Officina collection.
These days, Ronan and Erwan Bouroullec design for numerous manufacturers, including Vitra, Kvadrat, Magis, Kartell, Established and Sons, Ligne Roset, Axor, Alessi, Issey Miyake, Cappellini, Mattiazzi, Flos, Mutina, Hay and more recently Glas Italia and Iittala. They also continue to carry out their own experimental activity which is essential to the development of their work at Galerie kreo, Paris, where four exhibitions of their designs were held between 2001 and 2012. They also embark on occasional architectural projects.
Voted Designers of the Year at the Salon du Meuble in 2002, their other awards include the Compasso d’Oro won in 2011 for the Steelwood chair they designed for Magis.
Several exhibitions have been devoted to their work.
In 2012, Phaidon Press published Works, a comprehensive monographic book about Ronan and Erwan Bouroullec. Previously, two other monographs had been published about the Bouroullec brothers’ design work: Ronan et Erwan Bouroullec – Catalogue de Raison (Paris: Images Modernes / kreo, 2002) and Ronan et Erwan Bouroullec (Paris: Phaidon Press, 2003).
Want to know more? Get in touch [email protected] 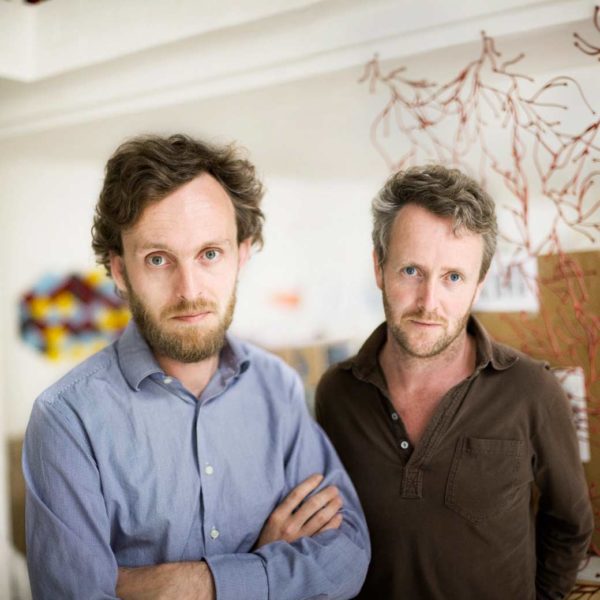