Meet the Designer Robin Day with Olson and Baker

Born in 1915 in Buckinghamshire, Day won a scholarship to his local art school in the early 1930’s and worked for a brief period in a local furniture factory before going to the Royal College of Art. Although best known as a furniture designer, Day has worked in many fields including graphics, exhibition, interior design, radio and television receivers, carpet and vinyl design, passenger aircraft interior design – notably for the Super VC10.
In partnership with Clive Latimer, he won the first prize in the New York Museum of Modern Art International Competition for the design of low cost furniture. In 1950 Day began work for Hille, helping to take the company to new heights as its design consultant. In 1951 Day designed the Festival of Britain Homes and Garden display and the Royal Festival Hall auditorium seating, which is still in place, a testament to the quality of the design.
Over the last 50 years Day designed furniture for many important buildings in the UK and abroad, notably for concert halls and theatres, airports, stations and sports stadiums. He pioneered development of injection moulding plastic one-piece chairs of which tens of millions have been sold worldwide. In 1983 he was awarded his OBE and was appointed a senior fellow at the Royal College of Art an Honorary fellow of the RIBA.
Robin and Lucienne Day
Together, Robin and Lucienne Day transformed British design after World War II with striking furniture and textiles that signaled a new era of modernist sensibilities for everyday living. Robin’s revolutionary furniture designs introduced materials such as plastic, steel and plywood to homes, offices and schools. His stacking polypropylene chair endures as an icon and now graces a Royal Mail postage stamp. Lucienne’s abstract textile designs brought accessible elegance into the homes of postwar British consumers.
The Days’ fresh design approaches, including their contributions to the Royal Festival Hall in 1951, helped fuel the artistic and commercial awakening that led Britain out of the devastation of World War II.
Want to know more? Get in touch at [email protected] 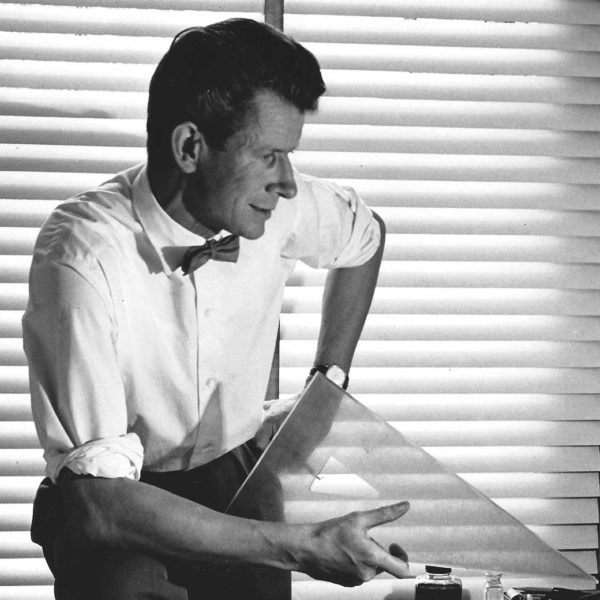