Meet the Designer Marcello Ziliani with Olson and Baker

Marcello Ziliani was born in Brescia in 1963.
In 1988 he graduated in architecture at Milan’s Politecnico university with Achille Castiglioni as his supervisor (and unparalleled teacher).
After three years abroad, he returned to Italy and devoted himself mainly to developing design projects in the fields of furniture, accessories, lighting, bathrooms, offices, objects and early childhood, as well as working in exhibitions, theatrical choreography, art direction, design coordination, graphics and communication.
He doesn’t like absolutism and indestructible certainties; he loves to look at things with ever-new eyes, so as to tune into them, he prefers to speak softly and, above all, to listen.
He believes that any design project is essentially a wish, a dream of flight, and that, even if you have to run around and flap your arms in vain, sooner or later you with get to glide through the air for ten metres.
Like all designers, to some extent, he has a number of awards and accolades in his cabinet, and has given lectures, workshops, and exhibitions, served on juries and so on.
Since 2011 he has been teaching product design at the University of San Marino / IUAV.
He has designed for Allibert, BBB, Bertocci, Calligaris Casprini, Ciacci, Ciatti, Donati, Flex, Flos, Frascio, Geuther, Inglesina, Infiniti, ISA, Krios, Krover, Lanzini, Magis, Modo e Modo, Norda, Olympia, Pali, Progetti, Rapsel, Sintesi, Techimpex, Vanini, Views International, Visentin and Zago.
Want to know more? Get in touch at [email protected] 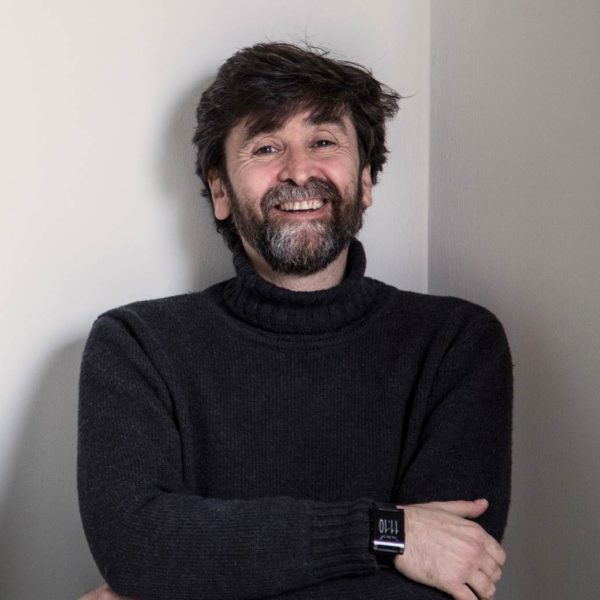