Meet the Designer Konstantin Grcic with Olson and Baker

Konstantin Grcic was born in 1965. As a child, Grcic loved building things, so after high school he began working for an antique dealer, where he would spend his time restoring furniture – he was keen to learn “how to make things properly” he recalls.
Before moving on to Study Design at the Royal College of Art in London, Grcic gained further valuable experience by securing an apprenticeship at The John Makepeace School (Dorset, England) where he trained as a cabinet maker. But it was during his degree in London that Grcic discovered his true passion – designing furniture.
In 1991 Grcic set up his own design practice in Munich, Kinstantin Grcic Industrial Design (KGID). Here he has designed and developed furniture, products and lighting for some of the leading companies in the design industry. Grcic has had an extensive client base over the years which includes many well renowned names; Authentics, BD Ediciones, ClassiCon, Flos, Magis, Mattiazzi, Muji, Nespresso, Plank, Serafino Zani, Thomas-Rosenthal and Vitra.
Defining its function in human terms, and combining strict forms with considerable mental acuity and humour, Grcic’s style is essentially minimalist – but Grcic prefers the term ‘simplicity’. Each piece takes careful research into areas of design history, architecture and materials, all of which exudes out of his work in abundance.
Working with Magis, Grcic produced his most iconic piece, and one of the most innovative and interesting pieces ever created: Chair One. It was one of the first times he had experimented with 3-D computer modelling – and what he described as “a turning point for our studio”. Chair One was a four year process which lead to a world-wide design icon and is now displayed in many permanent collections in prestigious museums across the globe, including MoMA/New York and Centre George Pompidou/Paris.
“This was possibly the first time ever that such a large die-cast was used for making a chair. Typically this technology is used for smaller components only,” he explains. “It involved a lot of heavy tooling. I decided to break up surfaces into thin sections like branches and let the material flow through the mold to create the shape, which is kind of like a basket or a grid, and very three-dimensional.”
Many of Grcics pieces have received international design awards; in 2001 his MAYDAY lamp won the prestigious Compasso d’Oro, as did his MYTO chair in 2011.
Want to know more? Get in touch at [email protected] 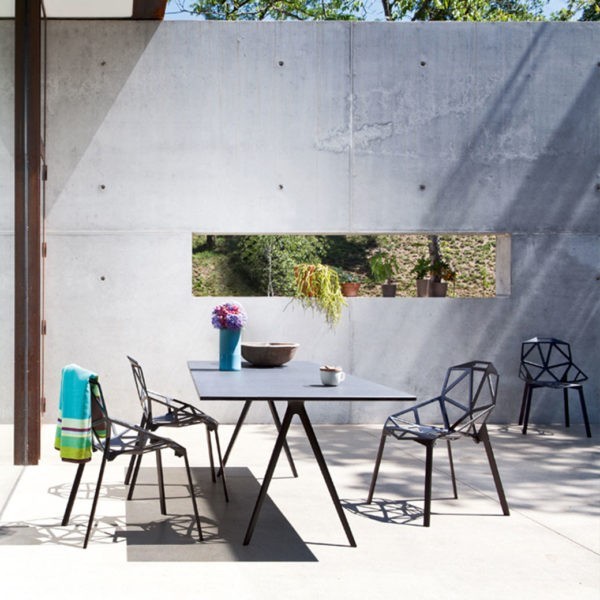