Meet the Designer Eero Aarnio with Olson and Baker

Eero Aarnio is a Finish designer from Helsinki, Finland. Born in 1932, he is one of the greatest innovators of modern furniture design, especially noted for his inventive work in the 60s with his plastic and fibre glass chairs.

From 1954 to 1957 he attended the School of Applied Arts in Helsinki, and in 1956 he married Pirkko Attila, with whom he had two daughters.

Aarnio then begin his career as a designer in the early 60s, swiftly opening his own design studio in Helsinki in 1962. It was here that Aarnio experimented with plastics, fibre glass, bold colours and organic playful forms – breaking the mould of conventional traditional design.

In 1963, Aarnio introduced his iconic Ball Chair, a hollow sphere on a stand, open on one side to create a seat. Using vivid internal colours and plain white outer shell, the Ball Chair had a strong visual impact while at the same time being functional and comfortable.

As well as the Ball chair, Aarnio created many other iconic plastic creations, including the Pastil (1968), and the Bubble (1968), as well as the abstract dog Puppy he designed in 2004 for the Magis collection Me Too.
Many of Aarnio’s works are included in the world’s most prestigious museums, including the Victoria and Albert Museum in London, MoMA in New York and Vitra Design Museum in Weil am Rhein.
Want to know more? Get in touch at [email protected] 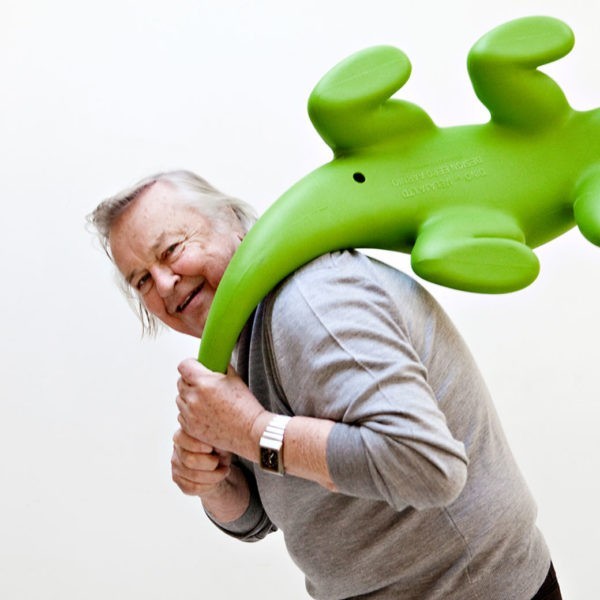