Designed by Alvar Aalto in 1936 for the world exhibition in Paris, the Alvar Aalto 160mm Glass Vase is part of the beautiful, iconic and timeless vase collection by Iittala.
Mouth blown in Iittala’s Finnish glass factory, this striking vase by Alvar Aalto is considered one of the true design classics. Available in a variety of colours, the vase is perfect for displaying a range of decorative objects, or simply as a centrepiece by itself.
In 1936, Alvar Aalto’s series of glass vases won first prize in the 1936 Karhula-Iittala Glass Design Competition. Compared to the decorative objects of the time, the simple yet organic shape of this vase was a revolutionary statement. Inspired by waves (“aalto” in Finnish) in the water, the vase is a symbol of Finnish design and one of the most famous glass objects in the world.
Each in every vase in the Alvar Aalto Collection continues to be mouth blown at the Iittala factory and comes in a wide range of colors and sizes. The Collection is a staple of modern Scandinavian design and Iittala’s most iconic series. Additional items inspired by Aalto and created by Pentagon Design such as steel bowls, wooden platters and votives can also be found in the Alvar Aalto Collection.
Alvar Aalto (1898-1976) is a recognized master of modern architecture and design. Born in Kuortane, Finland, Aalto began to make his distinct mark in design shortly after receiving his architectural degree from Helsinki Polytechnic in 1921. In 1924, Aalto married fellow architect Aino Marsio, creating a lifelong partnership that built an international design legacy. During his remarkable career, Aalto designed major public institutions including concert halls, museums, universities, libraries as well as private homes throughout the world. Aalto’s furniture and houseware designs derived organically from his architectural work.
Aalto’s unique aesthetic helped to define Finnish design as well as introduce it to a global audience. Aalto hallmarks include a harmonious relationship with nature, functionalism combined with beauty, excellent attention to details and an ingenious use of materials. Aalto’s designs were already being exhibited internationally as early as the 1930s, including at New York’s Museum of Modern Art. When Aalto premiered his “Savoy Vase” at the 1930 New York World’s Fair, it instantly caused a sensation with its dynamic wavy design that was as alive and fluid as the Finnish lakes that inspired it. The legendary vase is one of the world’s most famous glass objects and remains a timeless staple for Iittala. 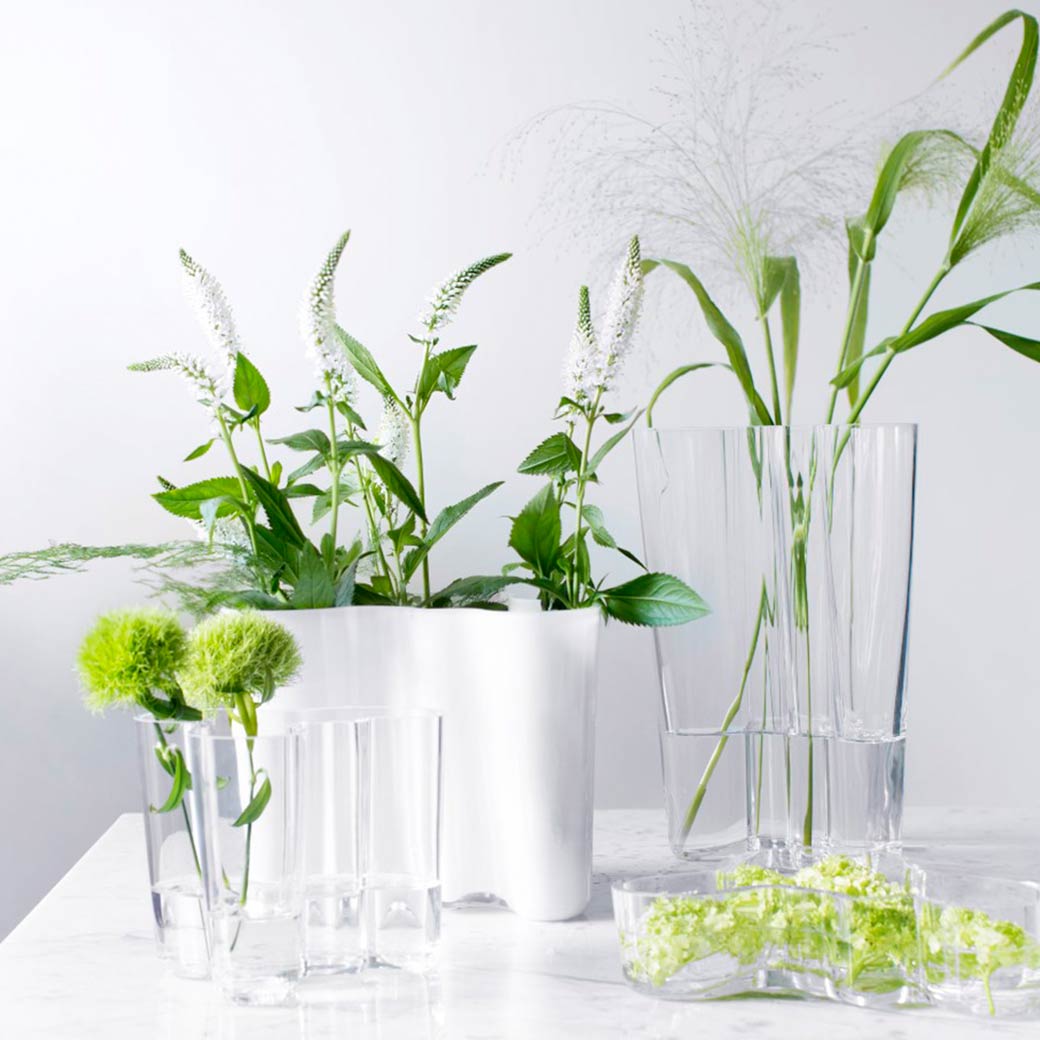