Iittala’s Sarpaneva cast iron pot was designed by by Timo Sarpaneva in 1960. With a combination of practicality and beauty, the Sarpaneva pot is a true icon.

The enamelled surface prevents food flavors from sticking to the pot and ensures the food is evenly cooked, either in the oven or on the stove. The Sarpaneva pot comes as either a 4 litre oval sized pot or a smaller 3 litre pot with an elegant detachable wooden handle.

Designer and sculptor Timo Sarpaneva (1926-2006) was an internationally known force in Finnish design. It was written that this master of many materials had “a rare ability to be mesmerized and to worship beauty”. His rise towards the top of the design world began in the 1950s. Sarpaneva’s works are exhibited in homes and museums around the world. His designs extend from utility glassware and art glass to textiles and graphics. Sarpaneva has had an important role at Iittala.

What started as a glass factory in Iittala, Finland, today celebrates generations of essential objects where quality, aesthetics and functionality are important values. Iittala believes in interior design that lasts a lifetime. 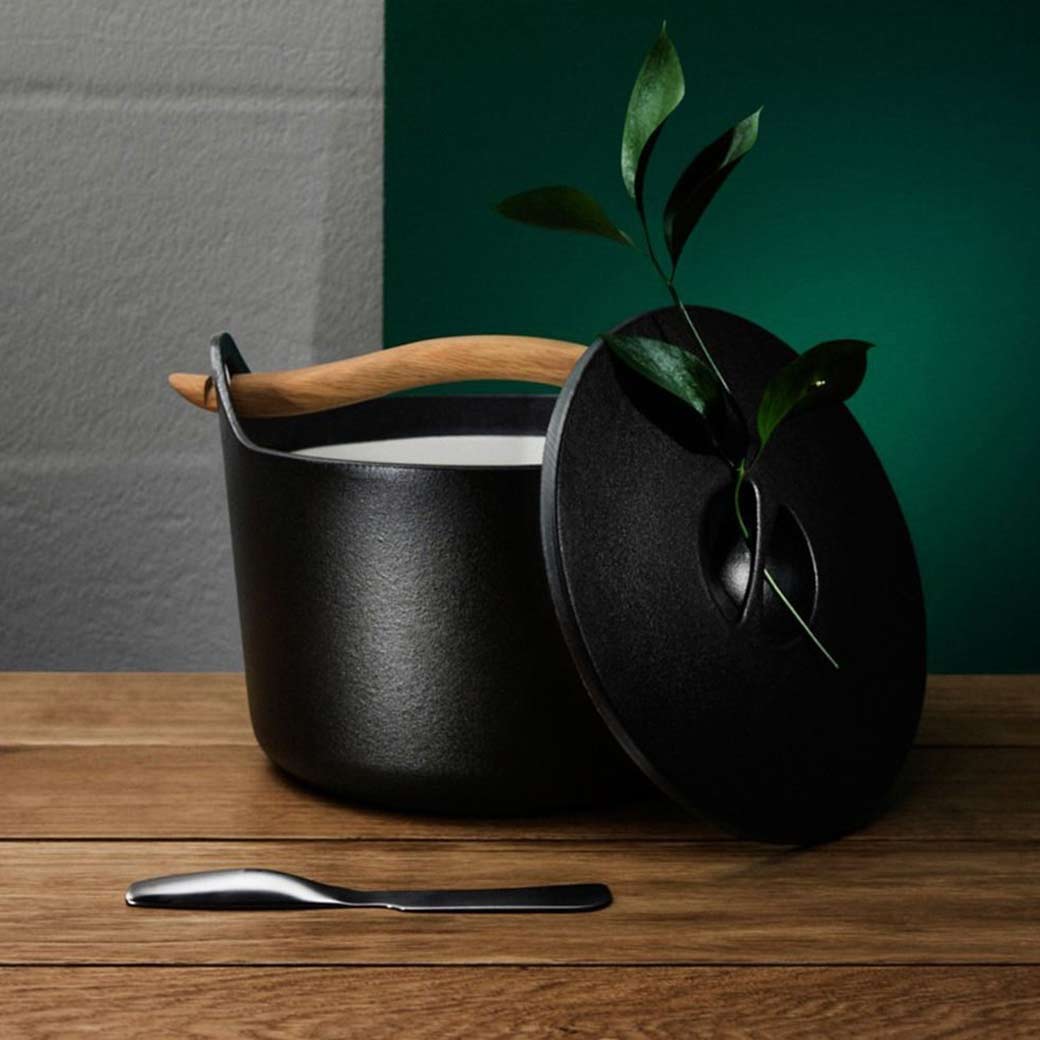