A design that has truly stood the test of time, the 675 chair is one of the most recognised of the Twentieth Century and in 2015 was awarded the prestigious Design Guild Mark Award. Originally created in 1952, the chair’s most prominent feature is its curved walnut-veneered plywood back. Pioneering at the time, Robin Day overcame the difficulty of forming a single moulded plywood chair with armrests, by creating a bent shape using a singular curve rather than the obvious double curve.
In 2014, Case worked alongside the Robin and Lucienne Day Foundation, to source an original version of the 1950s chair. Case then worked alongside the Foundation to develop an authentic new model which faithfully replicates its dimensions and proportions.
“Case have been willing to go the extra mile to develop a product which is very close to my father’s actual 1952 design. The result is startlingly fresh and authoritative; one glance is enough to convince that this is the real Robin Day 675 design, vigorous, poised and finely proportioned. Like all his chairs, it is also very comfortable.”
– Paula Day, daughter of Robin & Lucienne Day
Day was born in 1915 in Buckinghamshire, he won a scholarship to his local art school in the early 1930’s and worked for a brief period in a local furniture factory before going to the Royal College of Art. Although best known as a furniture designer, Day has worked in many fields including graphics, exhibition, interior design, radio and television receivers, carpet and vinyl design, passenger aircraft interior design – notably for the Super VC10.
In partnership with Clive Latimer, he won the first prize in the New York Museum of Modern Art International Competition for the design of low cost furniture. In 1950 Day began work for Hille, helping to take the company to new heights as its design consultant. In 1951 Day designed the Festival of Britain Homes and Garden display and the Royal Festival Hall auditorium seating, which is still in place, a testament to the quality of the design.
Over the last 50 years Day designed furniture for many important buildings in the UK and abroad, notably for concert halls and theatres, airports, stations and sports stadiums. He pioneered development of injection moulding plastic one-piece chairs of which tens of millions have been sold worldwide. In 1983 he was awarded his OBE and was appointed a senior fellow at the Royal College of Art an Honorary fellow of the RIBA. 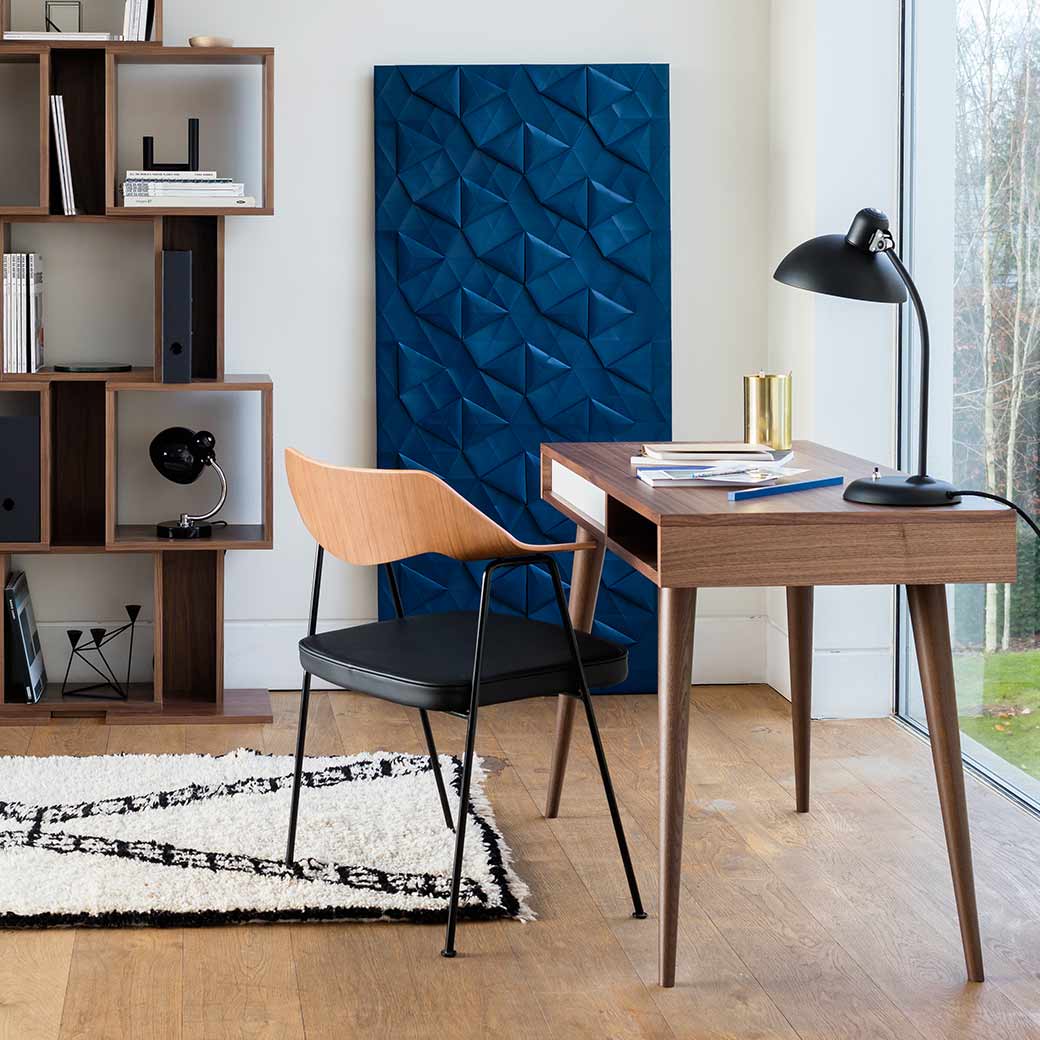