Behind the Brand | Stellar Works

Stellar Works stands for a renaissance of refined culture and Asian aesthetics. Inspired by the long standing craft and industry of traditional cultures, it represents a commitment to bridging the gap between old and new, east and west – in attitude, form and application.
Stellar Works seeks to reintroduce past collections of classics, alongside culturally -inspired contemporary signatures. It infuses freshness into heritage and grounds innovation with enduring craftsmanship.
Letter from the Chairman.
“In 2013, we established Stellar Works as a way to bring ideas together: East and West, heritage and modernity, craft and industry – bringing the best of the past into the light of the present. Our aim was to inspire a renaissance in Asian aesthetics, taking the forms, styles and motifs that have characterised Japanese design across the centuries and filtering them through the lens of the European tradition to create something new and timeless.
I believe that this bringing together of cultures is what sets us apart, both in terms of the character of our creative output and the strength of our business today. From the beginning, Stellar Works has benefited from the strategy and dynamism of Japanese operations management, the high-end craftsmanship of French furniture making and the technical proficiency of our Shanghai production team.
Our role as a preserver of the past extends beyond our production methods. The most obvious example would be our vintage lines, which keep the iconic designs of 20th -century greats, such as Vilhelm Wolhert and Carlo Forcolini, in production, with a few material updates appropriate to the modern day. But Stellar Works’ signature collections, too, could not exist without the aesthetic histories they pay tribute to. Look over our contemporary furniture ranges and you see glimpses of design movements from across the 20th century – a touch of Bauhaus crafted functionality or the refined simplicity of mid-century Scandinavian – often seamlessly fused into the classic forms and patterns of the Asian creative tradition.
Designs and designers like these are the creative heart of our company. Without exception, they have an instinctive understanding of the Stellar Works mission and a talent for drawing and combining creative inspiration and craft technique from multiple places and periods. It would be only too easy to end up with a product that didn’t work – a clash of cultures or a conceptual mismatch – but Stellar Works’ designers have a gift for harmony: they create furniture that is both an extension of an existing tradition and the expression of a new one.
We have chosen this path between the old and the new because I believe good design is timeless design. A particular style of furniture may be all the rage for a while, but if it looks tired after a decade, it’s not good design – it’s a passing trend. Stellar Works aims to be timeless. I would like to think that 100 years from now, our pieces will still be as contemporary and resonant as they are today and, moreover, that Stellar Works will still be crafting quality furniture that is Asian in inspiration, cross-cultural in design and international in its scope.”
– Yuichiro Hori 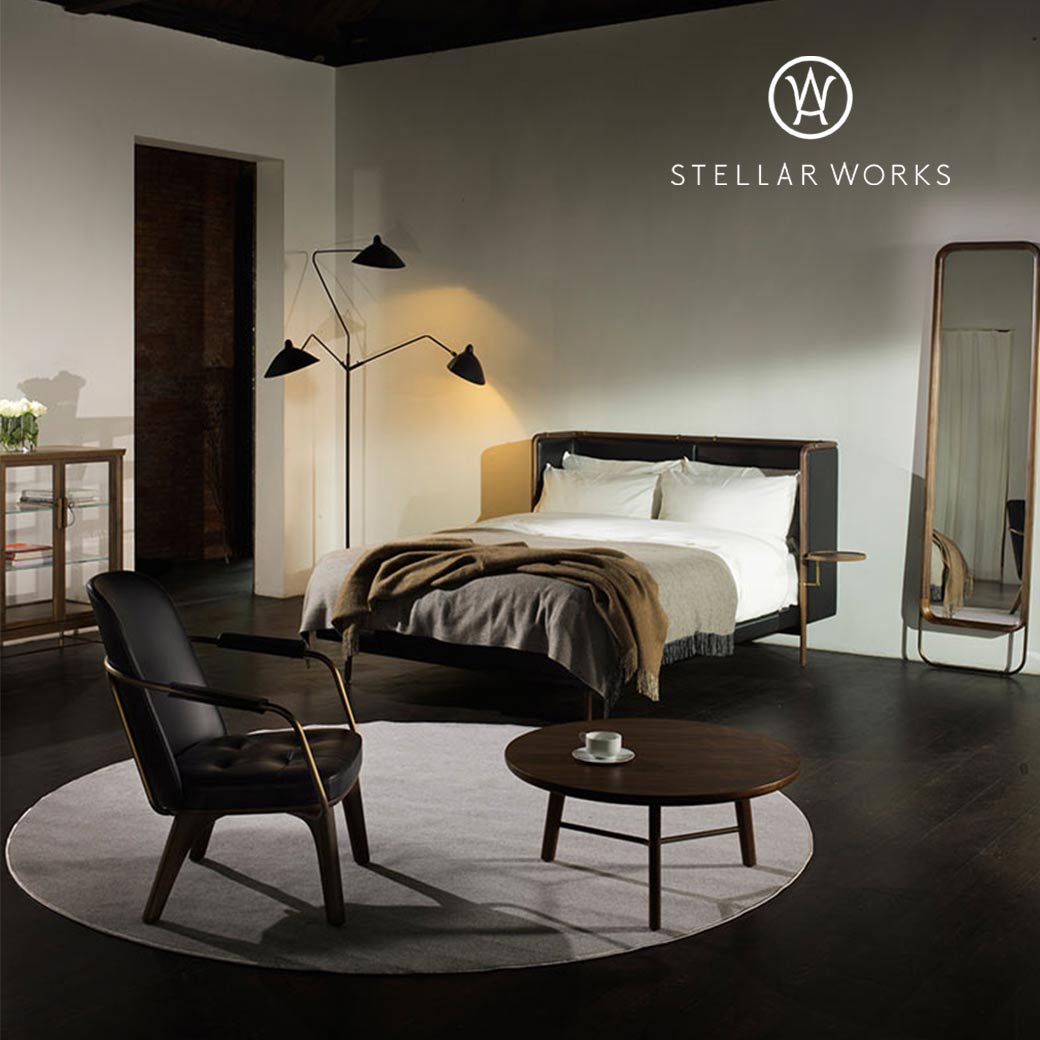