The Scandinavian style was formed during the turn of the last century by Carl Larsson a Swedish painter/interior designer. Larsson’s work was typical of the Arts and Crafts movement, a British, Canadian, Australian and American design movement that prospered between 1880 and 1910. It demonstrated a use of medieval styles of decoration combined with simple form. It also reflected a certain truth to materials, traditional craftsmanship and economic reform.
The Scandinavian style was a direct response to the defeatist attitude, a result of the long winters and lack of natural light in Scandinavia.
Scandinavian style interiors make the most of the available sunlight with a sleek, airy aesthetic, which fuses the neutral colours of the Norwegian, Danish and Swedish landscape with a relaxed, aged appearance. Common architectural details include lead beaded windows, hardwood floors and high ceilings.
All wood used within an interior is of a light colour or bleached to the appropriate degree. Whilst white painted floors are also frequently used as well as stencilling to create borders around doors, floors and windows.
Cotton and linen with textured or woven details are often used within interiors – these patterns generally follow stripes, checks and occasionally floral, repeated designs.
Colours are always of a basic palette and usually rely on a heavy use of bright whites, beiges and light blues. Rarely does the neutral use of colour wander, though on occasion an addition of a single, bright, bold colour is used to create a vivid contrast between that of the standard pale interior.
Concerning furniture, the Scandinavian design style is a mixture of straight lines and tenderly curving detail. More often than not sofas are minimally upholstered and use a variety of light coloured woods again such as white pine, ash and beech. Legs are sometimes fluted, though the majority are taped with little detail.
Ornamental features are often of little value and simple form. The most familiar being candles, flowers, rugs of a simple pattern and mirrors again linking back to this optimum use of natural light.
To conclude the Scandinavian style is a refreshing take on interior spaces. It shows an appreciation for what once was without cluttering knick-knacks. Instead it includes aged materials within its design as not to take away from the overall aesthetic, creating a truly timeless, elegant design style and an inspirational change to the classic English country interior, a design which is all too familiar. 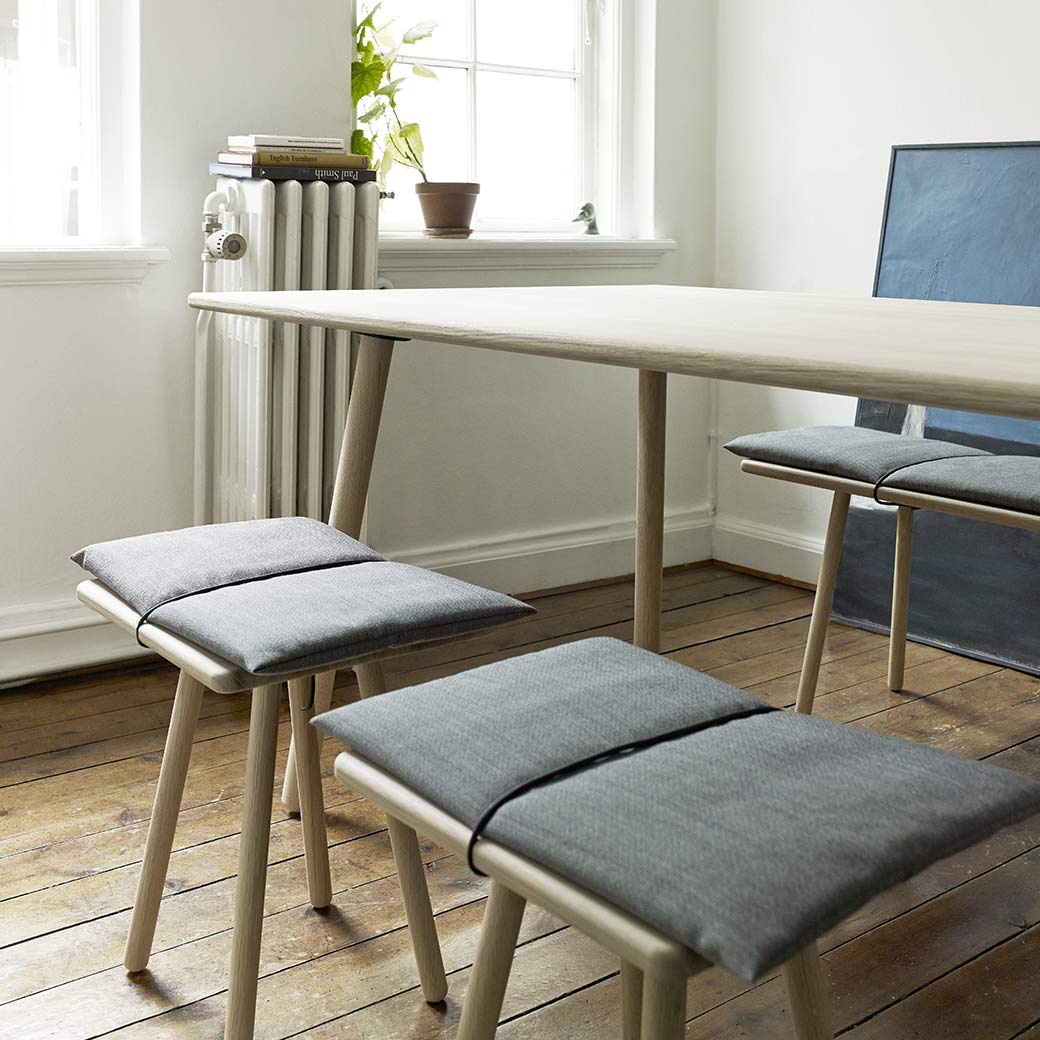